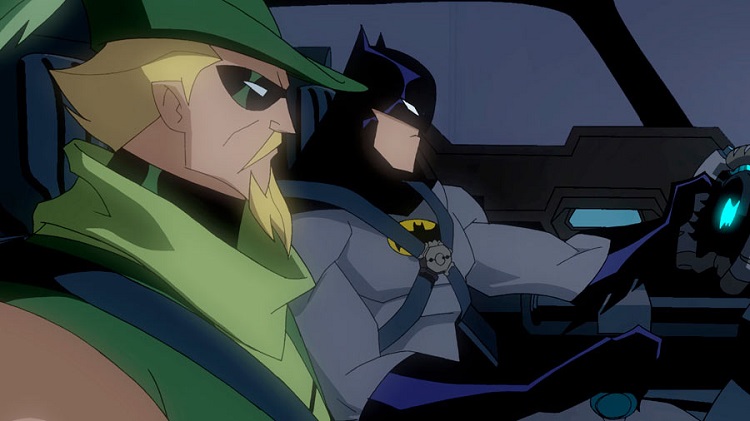 Bows, Arrows and all kinds of projectiles are in the spotlight of action movies in the last decades. One of the most successful TV series lately is the “Arrow”, based on the DC Comics character “The Green Arrow”.
Oliver Queen, is a billionaire (!) who loses his father (!!) in a boat accident and he become a superhero without any superpowers, by staying in a deserted island with many dangers and a lot of evil visitors. At some point he returns to his City, becomes a hooded Archer-vigilante, and does his best to make it safe and great again (!!!). Well yes, Green Arrow is a (less cool) Batman rip-off, but it’s ok since he is in the same Comic Book Company as Bruce Wayne.
His bow has all kinds of arrows, piercing, exploding, stunning, net deploying etc. Whatever the arrow though he needs to apply some physics to reach his targets. We talk Ballistic Trajectory of course!

In September, we talked about projectiles and the Time of flight for a projectile following a ballistic trajectory formula.
As you probably remember a trajectory (or flight path) is the path that a moving object follows through space as a function of time. Ballistic trajectory of a projectile is the path that a thrown or launched projectile will take under the action of gravity, neglecting all other forces, such as friction from air resistance, without propulsion.
A ballistic body is a body which is free to move, behave, and be modified in appearance, contour, or texture by ambient conditions, substances, or forces, as by the pressure of gases in a gun, by rifling in a barrel, by gravity, by temperature, or by air particles. A ballistic missile is a missile only guided during the relatively brief initial powered phase of flight, whose course is subsequently governed by the laws of classical mechanics. To hit a target at range x and altitude y when fired from (0,0) and with initial speed u the required angle of launch is depended on the initial velocity.

To hit a target at range x and altitude y when fired from (0,0) and with initial speed v the required angle of launch is θ and it is given by the equation on the left. u is the Initial Velocity ( the speed at which said object is launched from the point of origin) (m/s), g the standard gravity, x the horizontal distance traveled by the projectile (m) and y the altitude in meters.

Go ahead, check the above formula and search whatever else you want to solve. You will find some help in our fxSolver video.
Also remember to follow or interact with us in our social media pages. You will find links below.

Superformula and No man's sky