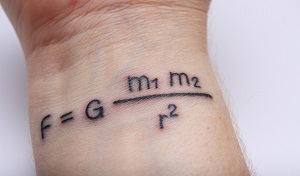 There is a popular story that Newton was sitting under an apple tree, an apple fell on his head, and he suddenly thought of the Universal Law of Gravitation.
More likely, Newton was sitting in a library, and a tome containing Kepler’s three laws of planetary motion fell on his desk, spilled his coffee and made a mess.
As you may have understood from the totally arbitrary story I just got out of my head, Newton derived his law of gravity from Kepler’s three laws of planetary motion. It states that every point mass in the universe attracts every other point mass with a force that is directly proportional to the product of their masses and inversely proportional to the square of the distance between them.
It can be applied to any system of bodies interacting through the force of gravity, such as the Solar System. It tells us that their motion is determined by a simple mathematical law. Accurate prediction of eclipses, planetary orbits, the return of comets, the rotation of galaxies. Artificial satellites, surveys of the Earth, the Hubble telescope, observations of solar flares, the Death Star. Interplanetary probes, Mars rovers, satellite communications and television, the Global Positioning System.

In symbols, F is the attractive force, r is the distance, the m s are the two masses, and G is a specific number, the gravitational constant.

As always, there was a dispute when Newton published the law in 1687 in his Principia, and it was between Newton and Robert Hooke. Hooke, accused him of plagiarism. However, Newton provided the first mathematical derivation of elliptical orbits from the law, which was vital in establishing its correctness, and Hooke acknowledged this. 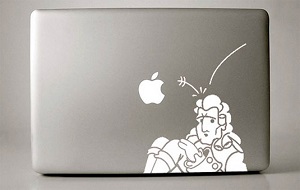 At any rate, we name the law after Newton, and this does justice to the importance of his contribution.
The most important aspect of Newton’s law of gravitation is not the inverse square law as such. It is the assertion that gravitation acts universally. Any two bodies, anywhere in the universe, attract each other. Of course you need an accurate force law (inverse square) to get accurate results, but without universality, you don’t know how to write down the equations for any system with more than two bodies. Almost all of the interesting systems, such as the Solar System itself, or the fine structure of the motion of the Moon under the influence of (at least) the Sun and the Earth, involve more than two bodies.

The Newton’s law of universal gravitation in fxSolver is located HERE.
Feel free to Add it to Solver, and have fun!

Also, remember remember to follow our social media pages, by hitting the buttons below!