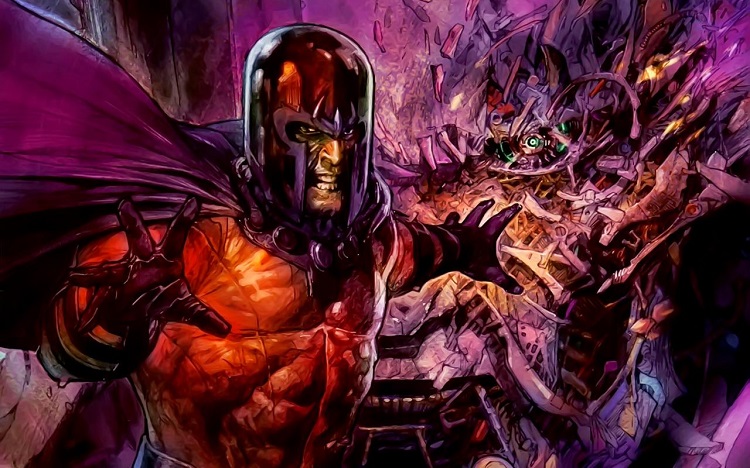 In October, I made a post for an awesome Thor Hammer, Allen Pan made basically to prank people! That hammer was magnetic, so is the core of Magneto’s powers (who was in big trouble in that post’s comic strip).
Trying to write something cool about Magneto, I came up with the idea of a Series of Posts regarding Superheroes and Science. I proudly present you the first one, featuring Magneto the master of magnetism!

Magneto, who is the archenemy of the X-men, is a mutant who found out about his powers in a Nazi Concentration camp where he was held.
Magneto’s primary application of his power is control over magnetism and the manipulation of ferrous and nonferrous metal. While the maximum amount of mass he can manipulate at one time is unknown in the X-Men movie Days of the future past he lifted Robert F. Kennedy Memorial Stadium which has the capacity of 56.700 people, in order to use it on attacking the White House (Unfortunately neither Gerard Buttler was there, nor Channing Tatum).


He also got it like 50 meters up in the air. That requires a certain amount of energy. Which is given by this equation. By solving it as you see in the picture below we get that the energy required to lift that stadium 50m up in the air is 110.815.145.000 Joules.

Lets also say that the master of Electromagnetism, is a human shaped Coil. Which means that he is a human size application of the Coil magnetic energy equation.
In order to Solve the Coil magnetic energy equation of Magneto, we need to know the inductance of his. The inductance of Magneto is given by this formula.
Solving it in the fxSolver tool we get that Magneto’s L = 0.01H. Applying all the data in the Coil magnetic energy equation we get that Magneto can generate at least current around 4.707.762 Amps.

An energy hungry household needs approximately 200 amps to function. This means that Magneto can generate the electric current required for a small town.

Here you can find all the formulas we used in this post. You will find some help in our fxSolver video.
Also remember to follow or interact with us in our social media pages. You will find links below.

Pi Day and the Length of an Arc of a Circle