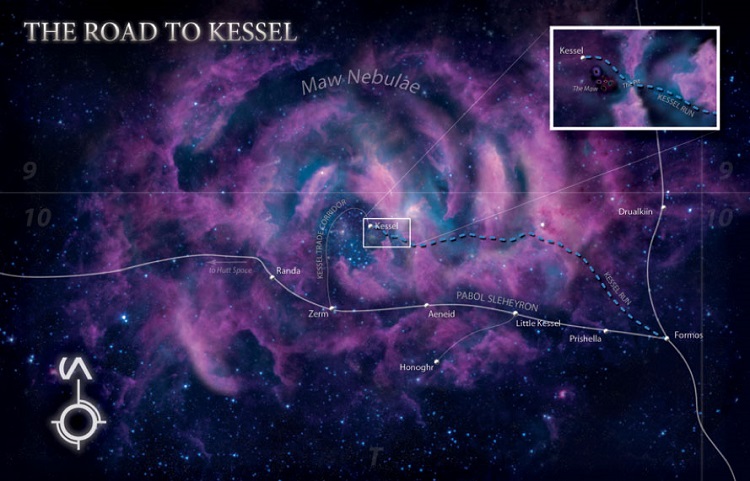 We Started with the Star Wars and Black Holes Episode I, which is containing some minor spoilers for the latest movie, just like the Episode II. On Episode I we analyzed the Black Hole Surface Gravity equation, and on Episode II we talked about Schwarzschild radius. In Episode III we discussed the energy distribution of emission which is described by Planck’s law and we also compared the attributes of a Black Hole in the Star Wars Universe with our world’s Black Holes. In Episode IV, Stephen Hawking was the man of the hour and his Radiation energy. In Episode V we spoke about Density parameter’s equation which is related to dark matter and in Episode VI a star’s Luminosity was our main concern.

Starkiller base was one of our main concerns in our post series but we have never thought about how the life on that planet would be. Especially for the employers.
The following video is showing how Kylo Ren, the black dressed boss of Starkiller base, have gone undercover in order to mingle with his employees and find out more about his business. (Minor Spoilers included)

In the Star Wars universe they measure the time of space travel in Parsecs (and yes, Han didn’t just shot first, he was the only one who shot in the original movie)

In our world, a parsec (symbol: pc) is a unit of length used to measure large distances to objects outside the Solar System. One parsec is the distance at which one astronomical unit subtends an angle of one arcsecond. A parsec is equal to about 3.26 light-years (31 trillion kilometres or 19 trillion miles) in length. The nearest star, Proxima Centauri, is about 1.3 parsecs from the Sun. Most of the stars visible to the unaided eye in the nighttime sky are within 500 parsecs of the Sun.
According to Hubble’s law, anything that is 10 Megaparsecs (Mpc) or more, away from our Sun is considered in Deep Space.

Hubble’s law is the name for the observation in physical cosmology that:
1. Objects observed in deep space are found to have a Doppler shift interpretable as relative velocity away from Earth;
2. This Doppler-shift-measured velocity, of various galaxies receding from the Earth, is approximately proportional to their distance from the Earth for galaxies up to a few hundred megaparsecs away.

This is normally interpreted as a direct, physical observation of the expansion of the spatial volume of the observable universe.

The motion of astronomical objects due solely to this expansion is known as the Hubble flow. Hubble’s law is considered the first observational basis for the expanding space paradigm and today serves as one of the pieces of evidence most often cited in support of the Big Bang model. It is given by the formula on the left where υ is the recessional Velocity (km/s), Ho is Hubble’s constant (Km/s/Mpc) and D the proper distance from the galaxy to the observer (Mpc), which can change over time, unlike the comoving distance which is constant.

And this is how the fxSolver Star Wars Saga ends… for now!
Solve and Share as much as you can till the next time!
May the Force be with you!