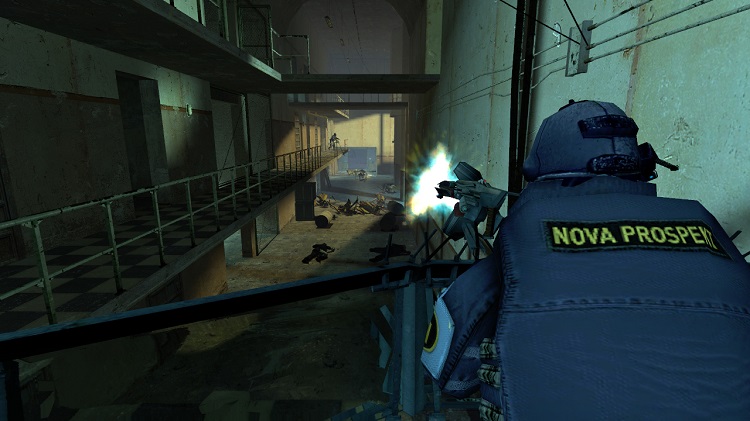 The latest news about the game are not coming from Valve, the company that created Half-Life at the first place. It is named “Prospekt“ and it is a stand-alone, fan-made game built by Richard Seabrook, it is approved by Valve and it will be released on Steam in February 11th 2016!

Richard Seabrook built it in 18 months all by himself by using graphics and assets from Half-Life 2. The game is an amalgam of a Half-Life sequel and an expansion pack, which picks up the story of Adrian Shephard, the protagonist of Half-Life: Opposing Force. It’s set in the Nova Prospekt prison during the events of Half-Life 2, with Gordon Freeman cornered in the alien stronghold and Shephard teleported in by his allies, the Vortigaunts, to help out.
This is the official trailer

Seabrook, who is just 25, says that Prospekt will feature 13 new levels, “substantial graphical updates,” and a storyline that’s “comparable to Half-Life 2: Episode One in length.” The game actually started life as job application that Seabrook sent to Valve to prove his mettle as a level designer. That plan might not have worked out for him, but Prospekt in many ways, is a more impressive achievement.

In the previous posts we talked about Exponential Decay, and Half-Life. On the left, you can find a formula that combines these two. The Exponential Decay with Half-Life.
N(t) is the quantity that still remains and has not yet decayed after a time t, No is the initial quantity of the substance that will decay, t is the positive number called the mean lifetime of the decaying quantity (sec) and t1/2 is the half-life of the decaying quantity in seconds.