Magnification of the telescope and NASA's new Space Telescope 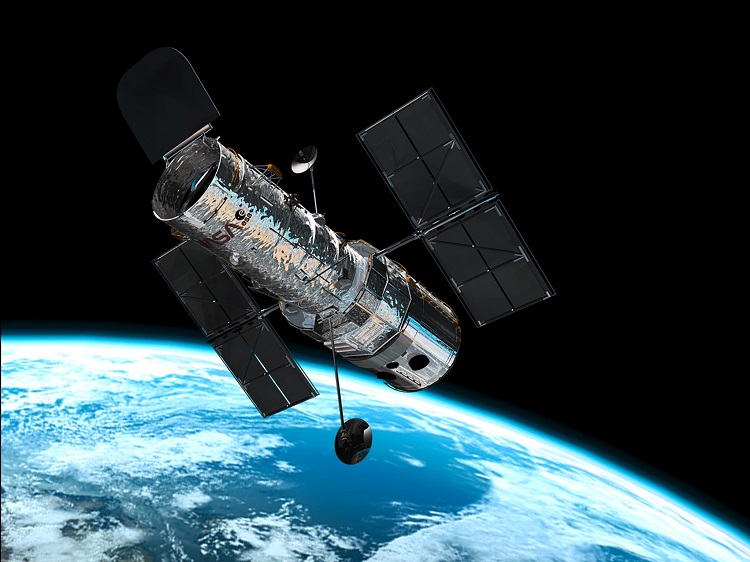 Remember the fancy Hubble Space telescope? It was launched into low Earth orbit in 1990, and its 2,4 meter mirror observes the near ultraviolet, visible and near infrared spectra.
Its orbit just outside the distortion of earth’s atmosphere, allows it to take extremely high-resolution images with negligible background light.
It has recorded some of the most detailed visible-light images ever, allowing a deep view into space and time. Many Hubble observation lead to breakthroughs in astrophysics.
Now, NASA is manufacturing its successor, the James Webb Space Telescope (JWST).
It is scheduled to launch in 2018, and it will be capable of viewing the very first generation of stars that ignited in the early Universe. It’ll be used to investigate the formation of early galaxies, study the evolution of our own solar system, look at distant worlds, and much more. If it’s anything like its predecessor, it’ll have a huge impact on humanity’s knowledge of the Universe.

I browsed fxSolver’s database and found a formula that calculates the calculates the Magnification of the Telescope.
Optical magnification is the ratio between the apparent size of an object (or its size in an image) and its true size, and thus it is a dimensionless number.

Vis-Viva Equation, and How To Go To Space