Dolbear’s law states the relationship between the air temperature and the rate at which crickets chirp. It was formulated by Amos Dolbear and published in 1897 in an article called “The Cricket as a Thermometer”. Dolbear’s observations on the relation between chirp rate and temperature were preceded by an 1881 report by Margarette W. Brooks, although this paper went unnoticed until after Dolbear’s publication.

The chirping of the more common field crickets is not as reliably correlated to temperature – their chirping rate varies depending on other factors such as age and mating success. In many cases, though, the Dolbear’s formula is a close enough approximation for field crickets, too.

Dolbear expressed the relationship as the formula shown here.

This formula is accurate to within a degree or so when applied to the chirping of the field cricket.

This formula was referenced in an episode (Season 3, Episode 2, “The Jiminy Conjecture”) of the American TV sitcom The Big Bang Theory (although Sheldon referred to Amos Dolbear as Emile Dolbear and gave the year of publication as 1890). It is also referenced in two episodes (“Highs and Lows”, “Jungles”) of the British comedy show QI. 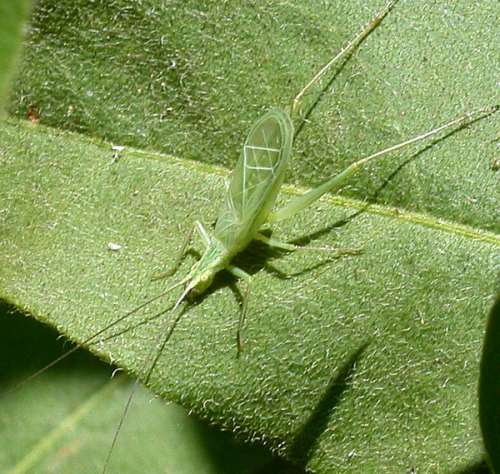